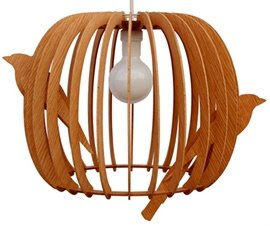 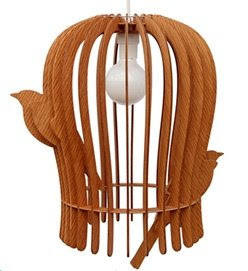 Who's a pretty birdie? From PECA designers Caterina Moretti and Hector Mendoza.

Image from PECA. Thanks, NotCot! 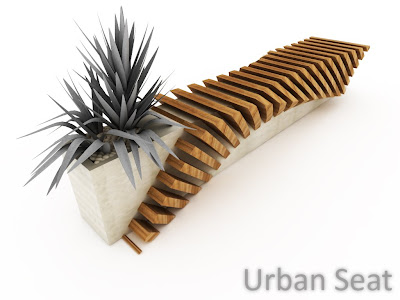 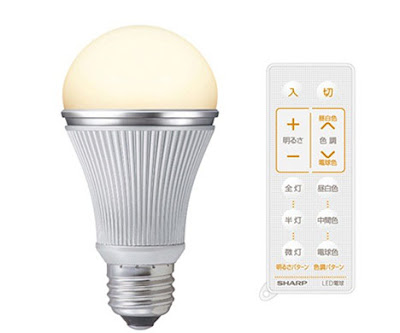 Sharp is introducing a dimmable LED with "adjustable color function." The new bulb launches in July (in Japan). See two good write-ups, on EcoGeek and TreeHugger. 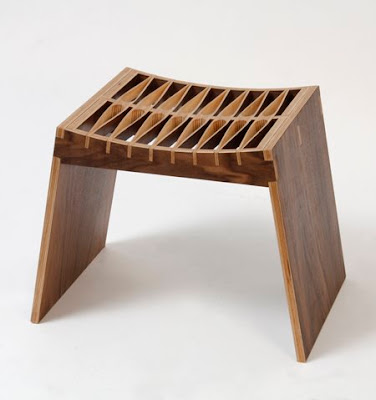 Apartment Therapy noted that Mexican eco-friendly furniture design house Pirwi is now selling their collection in the US (at Kirk, in Austin). Pirwi does a lot of serious (and affordable) modern furniture and has won all kinds of design awards.

But nothing made me smile as much as their "pack of dogs" line. Kirk has the full line of dogs, and you can order them online. 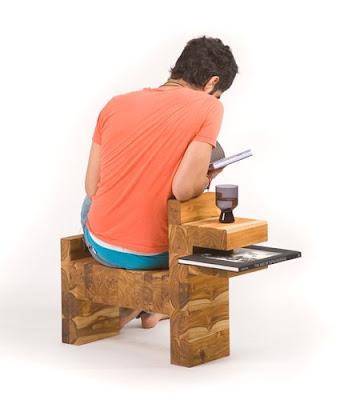 If you get more than one, you can arrange them, um, creatively. They are also made of FSC-certified teak, sourced locally in Mexico, where the furniture is built. Best of all, each dog is named after a Mexican wrestler. Shown, El Santo and Alushe. 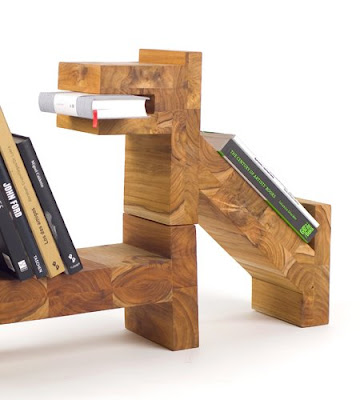 It's one of those rare summer weekends in SF where the sun may beat out the fog. Skip your average street festival for something a little more unusual. A mash-up of Critical Mass and Maker Faire, there's the Bicycle Music Festival:

The Bicycle Music Festival features: a 2000 watt pedal-powered PA system, as many as 15 bands, up to 7 festival stops, outrageous Critical Mass-style bicycle party caravans between festival stops, and zero use of cars or trucks.

With its completely bike-haulable stage, the event is packed up and deployed numerous times: staged sequentially at different public parks and also on a moving “Live On Bike” stage which rolls down city streets.

The whole thing starts at 9:30 at Marx Meadow in GG Park, then rolls to Delores Park at 2:30, then to Pier 7 around sunset. Check out the festival website for the route map, band line-up, photos, and tech details on how the whole thing works, from generators to photos of the custom bikes designed to carry things, like a piano?

But really, get off the computer and go check it out in person. Whatever you do, have a great weekend!

Image from the Bicycle Music Festival

Felt it up: Relief Chair @ Branch 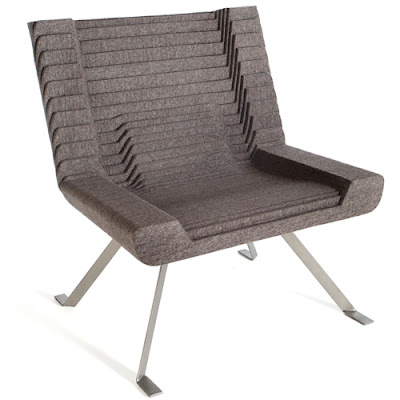 As you know, Tricia and I have a soft spot for things made of industrial felt, so it's no surprise she found this very cool chair. The Relief Chair is designed by Ben Mickus and is available at Branch Home.
Posted by Working Glass Gal at 6/17/2009 No comments: 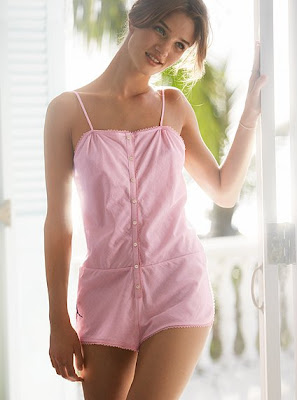 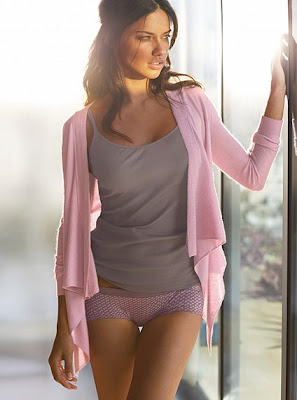 We usually focus on higher-end and boutique (read: expensive) or home-grown design here at SF Green Labs, but I love it when one of the major retail players starts to dab their corporate toes in the the warm green water. If those cutie cutie organic Payless shoes hadn't been so uncomfortable, you'd see pix of me and Tricia wearing them in a blog post.

T and I have been doing a lot of research on eco-fabrics lately (more on that in a later post, maybe). In our search, we learned this: Victoria's Secret launched a series of organic cotton items last year. The pieces are cute, reasonably priced, and the cotton comes from women-owned farming collectives. Several of these stylish unmentionables are on clearance. I hope this is just an economic reset, and doesn't mean VS is stepping back from the green promise. Get yours before they're gone.

With the passage of a mandatory recycling ordinance, SF is implementing the toughest recycling law in the country, with a goal of being zero-waste by 2020. I don't always agree with the board of supes, but this legislation has a good heart. Easy for me to say as (1) I technically live in Oakland and (2) I'm already annoyingly militant about putting all food waste into the green bin.

By the numbers (I'm a numbers gal):
It sounds easy to make the switch, but it's not. T & I have day jobs (are you shocked that 376 and this blog don't add up to a full-time gig?), and our little SF employer has spent years begging the landlord for a real recycling program in our building. It got so bad that we were sneaking bottles and cans out of the building and leaving them by the municipal trash cans, where at least the scavengers would pick them up. Now we've implemented a pilot program that takes compost, recyclables, and paper trash. If it works for our floor, the building management will spread it out to the other tenants.

At home, it took a while before composting all the food scraps became second nature, and SF says the city will use multiple warnings (not fines) to help educate people about the new rules. What do you think? Good idea or too big brother?

Links:
SFGL is first and foremost a product design blog, so next week we'll have some designs to make it easier to wrangle your in-house compost scraps.

Finger pointing: Down the drain 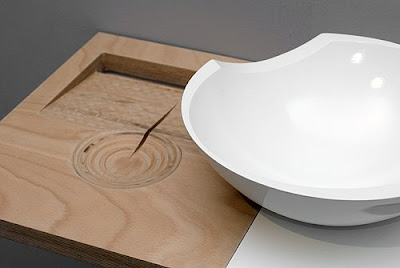 Inspired by traditional pre-plumbing sinks, the designer located the drain outside the basin. "To get rid of the grey water we have to tip the water out. By doing so we become more conscious of how much water we are using and mainly throwing away". 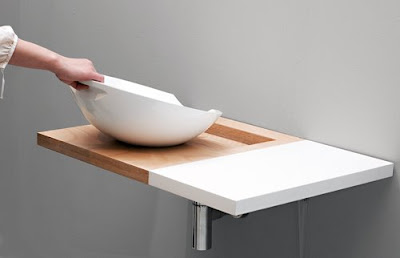 I'm not sure how practical it is, especially with in the house, but it's a lovely implementation of a thought-provoking concept.

Image from . Thanks to Re-Nest for the tip. 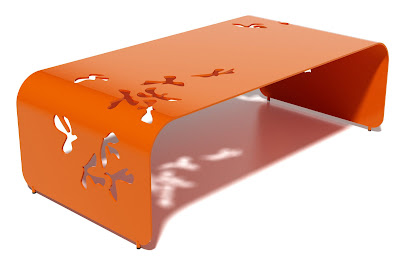 I just returned from High Point, NC. The city of 100k residents had its heyday as "The Furniture Capital of the World." It is still home to the world's largest furniture trade show. I have family ties there and have been visiting since I was little. It's hard to fully experience this as a visitor, but the once vibrant local furniture industry is struggling (dying?) as the factories close down and manufacturing shifts overseas. As a manufacturing geek and a lover of old, industrial things, I looked at all those empty factories and dreamed of being able to restart them to make affordable eco-friendly furniture, locally produced in the USA. Since I'm not a captain of industry or ready to relocate my happy Bay Area family, all I can hope is that someone else will do it. If you do, I suggest you feed your belly and soul with some of Kepley's hush puppies and BBQ.

All this thinking about US furniture production inspired me to post about California-based Botanist, which is interesting on a lot of different levels: 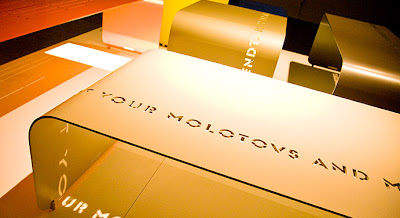 "Rest your molotovs and martinis here."
The only real downside is that, like most designer furniture, the benches are out of my I-found-it-on-Craigslist price range, but they aren't crazy expensive, either. 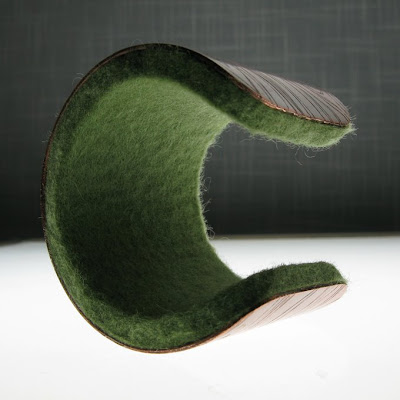 Tricia, this one is for you. Stunning craftsmanship, funky jewelry piece, and recycled scrap felt!

I wish I had the patience and talent to carve metal to look like wood, and the genius to use green felt to keep the oxidizing copper from turning your skin green. Created by Portland designer Nicole Fischer. Charming.

Images from Dust Breeding. Thanks to NotCot for the tip.

The NY Times has a great article on some of the early adopters of LED lighting, from Buckingham Palace to San Francisco. It's worth reading the whole article, here, which covers pros (cost of operation), cons (narrow light area), and estimated payback period with enough technical detail to elevate it above your usual fluff piece. Most interesting is the idea that conversion to LEDs would allow us to think of light fixtures (bulbs included) more like plumbing fixtures, where you install them once and don't think about them again for years.

On the local side, there are several LED street light experiments underway. You can check them out in person. There are a few demo units in front of PG&E on Beale, an elaborate (if dryly reported) lamp-off in the avenues to test drive different LED manufacturers, and a well-publicized effort to put smart LEDs in the Tenderloin.

What is SF Green Labs?

SF Green Labs is a blog and a forum for product designers with a focus on recycled materials and green product design. We're looking for like-minded green friends to join us and help steer its evolution. Call it intelligent design; call it eco chic; call it whatever the trendy-term-of-the day is. We welcome comments, suggestions, tips, and connections with other local (or distant) designers. Email us or leave a comment.